Mike began managing construction with Centex in Charleston, SC in 1988 then started the Greenville, SC operation for Centex in 1992. In 1994, at the invitation of a former Centex executive, Mike was asked to join Charlotte, NC-based Saussy-Burbank as their division executive in Western North Carolina. Saussy-Burbank was the leading builder in Biltmore Park, Biltmore Farms’ mixed use master planned community. During the buy-out of Saussy-Burbank by Arvida in 1999, Mike and Robert began discussions about forming a new homebuilding company.

In 1999, Mike and Robert formed the Broadlands Company, a homebuilding company owned with the Cecil (Biltmore Farms) family. Under Mike’s leadership, the homebuilding company quickly became one of the largest homebuilders in Western North Carolina. In 2004, the Cecil family purchased all interest in The Broadlands Company and Mike and Robert continued in their leadership roles until December 2005 when they formed Sulaski & Tinsley Homes. 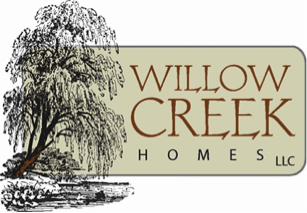 The custom homes that they construct range in price from the “first time buyer” range, to luxury upper end homes and everywhere in between. They pride themselves on using as many energy saving processes and features as practical while keeping the project as cost effective as possible. As Energy Star partners, and members of the Western NC Green Building Council, many of their projects have included renewal products, re-claimed materials and energy star rated materials.

Their custom home process is very comprehensive and “user friendly”. The goal is to make the customer feel comfortable even when they are not able to be on site. Weekly updates are provided and questions and input encouraged. They have long term relationships with their lenders, suppliers and subcontractors and they carry General Liability and Workers Compensation insurance.

You can see their homes in many WNC neighborhoods including Regal Knolls, Cimmaron Forest, Ashley Woods, Ridgeview at Sweetwater Hills, and High Vista Country Club.

The appeal of living in Western North Carolina’s beautiful mountains brought the Jackson family to Asheville in 1914 from Cuthbert, GA. Attracted by the area’s growing status, Ken Jackson’s great grandfather left the lumber business, brought his family to here and built several homes in Asheville prior to 1919. His son, L.B., was also bitten by the construction bug and built his first spec home on Macon Avenue in 1919.

The Jackson Building, WNC’s first skyscraper, completed in 1924, was one of many.

The young giant built a construction & development firm with projects like the Flat Iron Building, the city’s municipal golf course and approximately 400 homes. In the course of building a town, L.B. also built up a successful mortgage business & insurance company. With the stock market’s fateful dive, L. B. Jackson lost everything during the
depression.

Not for long– L.B. Jackson came back strong. After completing a building for National Linen in1937, his men traveled the country, handling their expansion needs. As the business grew, L.B. Jackson, Jr., Ken’s father, entered the business.

In 1974, National Linen stopped their building program and the company slipped into the history books. L.B. Jackson died that year & L.B. Jackson Jr. retired from the business.

Completing his undergrad work in architecture from Clemson in 1976, Ken realized he was too high-strung to spend his days at a drafting table. He had a fondness for being in the field & in the construction business. After completing a 2-year graduate program at Clemson in construction management, Ken landed a job in Washington, D.C. as project manager trainee with Providence, R.I. based, Gilbane Building Co.

In 1981, Ken received a call from a family friend, George Beverly, who was co-owner of Beverly-Grant Construction and was offered a job as project manager, where he worked for 4 yrs.

In 1985, Ken started his own constructions company, L.B. Jackson & Co., naming the business in the memory of his late grandfather. From its inception, Ken’s company has been equally diversified in both commercial and residential construction & real estate development. The company has developed a half dozen office buildings, several grocery anchored centers, strip centers, industrial parks, residential condo projects & residential subdivisions (Blake Mountain Estates, Weston Heights and the newest development, Broadmoor at Mills Gap). Ken’s company has built approximately 100 homes ranging in value from as little as $150,000 to $4,000,000 as specs homes, custom homes and pre-sales.

Quality, customer service & commitment to tradition, heritage and a high standard of professional ethics: Those are the building blocks on which Ken Jackson has built his business. “I strive to always maintain a level of quality that has been traditionally associated with the Jackson name. I can do no less than that”. Today, the company is focusing the majority of its efforts on residential construction, with lesser time spent on property management for company developed projects and commercial development.

A Day In The Life